Three-dimensional city models are essential to assess the impact that environmental factors will have on citizens, because they are the input to several simulation and prediction software. Examples of such environmental factors are noise (Stoter et al., 2008), wind (Garcı́a-Sánchez et al., 2014), air pollution (Ujang et al., 2013), and temperature (Hsieh et al., 2011; Lee et al., 2013). However, those 3D models, which typically contain buildings and other man-made objects such as roads, overpasses, bridges, and trees, are in practice complex to obtain, and it is very time-consuming and tedious to reconstruct them manually. The software 3dfier addresses this issue by automating the 3D reconstruction process. It takes 2D geographical datasets (e.g., topographic datasets) that consist of polygons and “3dfies” them (as in “making them three-dimensional”). The elevation is obtained from an aerial point cloud dataset, and the semantics of the polygons is used to perform the lifting to the third dimension, so that it is realistic. The resulting 3D dataset is semantically decomposed/labelled based on the input polygons, and together they form one(many) surface(s) that aim(s) to be error-free: no self-intersections, no gaps, etc. Several output formats are supported (including the international standards), and the 3D city models are optimised for use in different software. 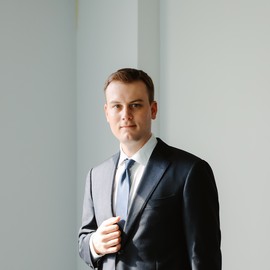